Join Captain Buridan (Jean Piant) on his quest to solve the mystery of the ‘Tower of Sin’ in this adaptation of the Alexander Dumas book and play ‘La Tour de Nesle’. Does the queen (Terry Torday) hold the key to the mystery of the murders? Will Captain Burdain solve the mystery and rescue his true love, Blanche du Bois (Uschi Glas)? Will the king (Jacques Herlin) find out what is really going on in the towers? Filmed in Budapest, this campy French/German/ Italian swashbuckling adventure is action packed! Restored from rare 35mm elements; BDR disc.

Be the first to review “Tower Of Screaming Virgins” Cancel reply 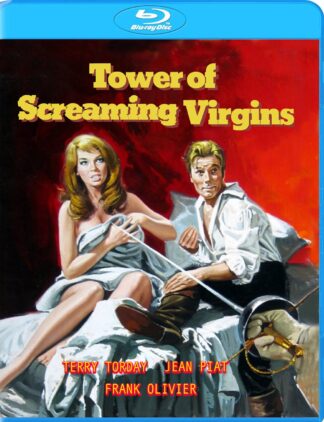