Thunderbean is proud to present “Fleischer Rarties” an entertaining collection of animated shorts and materials from The Fleischer Studios. Max and Dave Fleischer, along with a talented studio of artists and family , created some of the most entertaining cartoons made during the ‘Golden Age’ of American animated films. This Blu-ray is a great look into the studio, featuring both favorit and rare cartoons many from only-known existing 35mm and 16mm prints. An extensive collection of bonus materials rounds out the set, featuring trailers, music, original production art and much more!

Be the first to review “Fleischer Rarities: Treasures from the Fleischer Studios” Cancel reply 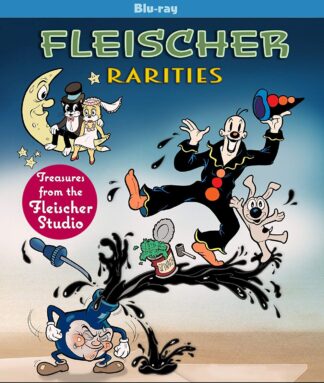