Mid-Century Modern Animation- Volume 1:
Thunderbean is proud to present this revised Blu-ray edition of rare, ‘modern design’ cartoons from the 40’s, 50’s and early 60’s. These theatrical shorts, commercials, industrial films and drive-in commercials were produced by studios stepping away from the established cartoon design styles that had become standards in the industry, instead finding inspiration in modern graphic design and the work of contemporary fine artists. These new ideas in animation design became staples of the Television age, largely because of the influences and pioneering work of United Productions of America (UPA) as well as the many newly established commercial studios. This collection is mastered from original 16mm and 35mm prints. Quality is stunning.

Films in this collection include:

Theatrical and entertaining Industrials:
Big Tim- Beautifully animated UPA short from 1948
Destination Earth-Oil is king in this astonishingly designed industrial short from 1956
The Magic Fluke-Great Fox and Crow short from UPA
It’s Only the Beginning- rare Technicolor John Sutherland pro-business propaganda film
The Sailor and the Seagull (1949) rare UPA cartoon for the Navy
Swab Your Choppers (1948) UPA for the US Navy
Planet Patrol- Rare and cool late 50’s pilot for a TV series

Cool Drive in Stuff!
Drive in countdown and snack bar ads from the golden age of drive-in movies. 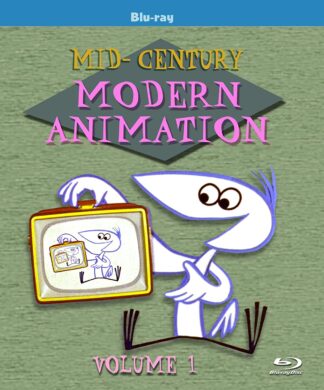